The last time a gentleman walked through a door ahead of me, and let it close in my face, I had a “word” with him. It was along the lines of, “I’m sure you’d love it if someone slammed a door in your mothers face!” He gave me a blank stare which led me to conclude:

But it also made me feel invisible.

Midlife and senior women are certainly “having their moment”. Large fashion houses and cosmetic giants are naming us, the face of this and the spokesperson for that. It’s about time and awesome!

But the average older woman is still struggling with feelings of invisibility. 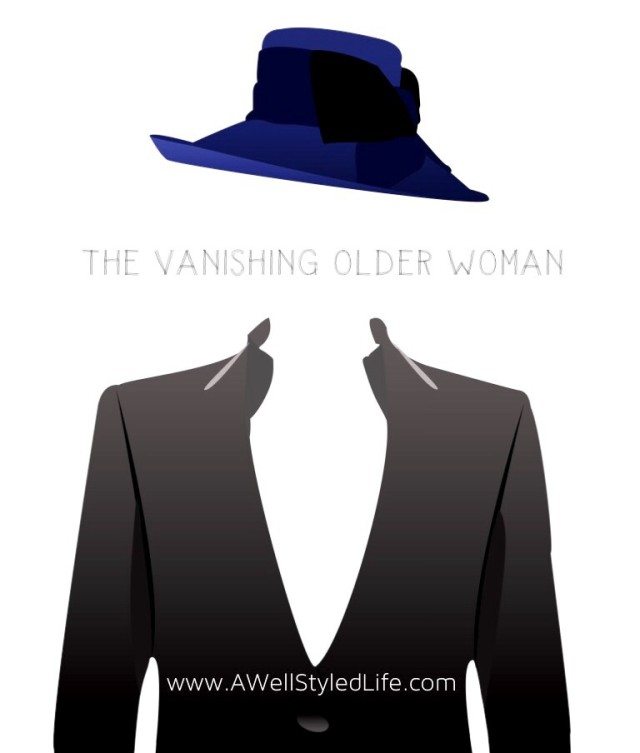 As we age, we’re less likely to be noticed for our appearance which can sting.

Some women feel relief and love flying under the radar of society’s pressure to look a certain way. They revel in the freedom to march to their own drummer…even/especially if it’s got a funky beat. 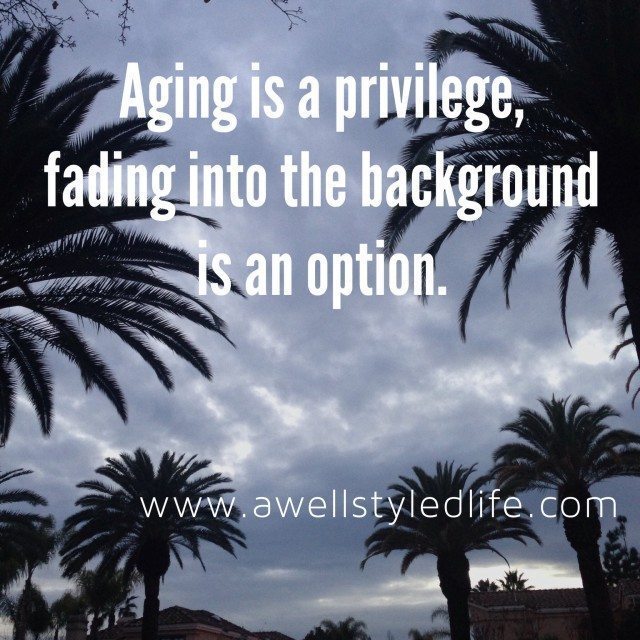 I remember the moment I first felt it…I was 46.
My daughter and I were headed to the theater in London. She’d just graduated and we were on a mother-daughter celebratory holiday. The traffic was at a standstill, so I paid the cabbie and we jumped out to dash the last few blocks. The sidewalks were crowded with busy commuters. As we wove through them, I noticed/felt the familiar heads turning my way…but they weren’t looking at me.

They were admiring my beautiful daughter.

A small jolt went through me. Nothing earth shaking, but I knew it was important.

It felt like a page had turned for me, a shift had happened.

A loss of something.

A loss of power.

My power of visibility.

Does losing visibility at midlife matter?

I’ve managed to maintain my visibility for the most part and was feeling pretty on top of my game until a few weeks ago.

While waiting in line for a dressing room, a woman my age, waltzed right past me and demanded she get a room. I’m usually a take no hostages, suffer no fools or injustice kind of woman. But in this case, I was speechless. Highly unusual for me.

I was dressed nicely, my hair was done, accessories in place, makeup on etc…but I was invisible. To be honest, this woman was simply rude and her delusional feelings of superiority rendered me invisible to her. But it unearthed feelings I want to look at. Older women’s visibility or lack thereof, in a short series. For my own sanity.

Do you remember the first time you felt the invisibility?

Does it bother you?

Part 2 of this series continues here.

Part 3 of this series is here.