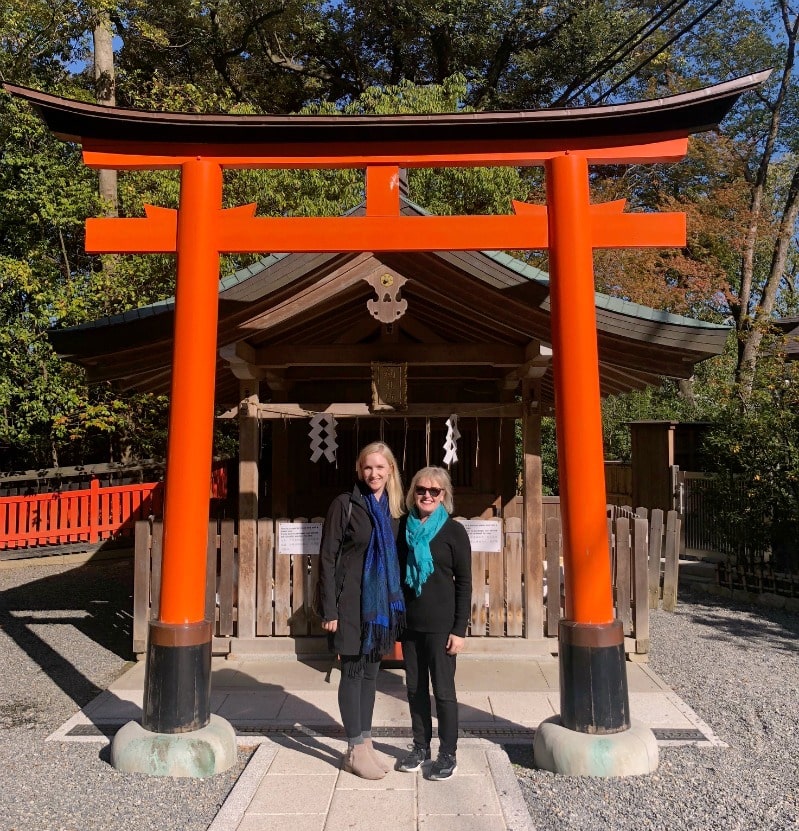 Happy Sunday and Konnichiwa from Kyoto. My daughter and I only had one full day in this amazing city but we packed a lot into it. First thing in the morning we took a cab to the Bamboo Forest. We intended to get there early enough to avoid the crowds but it was already bustling with tourists by the time we got there.

I was tired from traveling the day before so decided to take a rickshaw ride through the Bamboo Forest.

We had a funny rickshaw puller who cracked us up the whole trip. He explained what we were seeing and insisted on what pictures we needed to take. There were too many tourists on the paths for me to feel a “zen” experience but it was beautiful.

In the afternoon we had a very zen moment at a private tea ceremony. She described every part of the ceremony beforehand then it was conducted in total silence. I was mesmerized watching her rhythmic movements which were quiet and precise. I could almost feel my blood pressure drop.

In the early evening, we visited an area reported to have geisha sightings. The narrow streets are lined with ancient wooden buildings which house tiny shops and restaurants. The entire area was bustling with locals at rush hour and tourists clamoring for a glimpse of a Geisha.

We spotted three very briefly and got a few fuzzy photos as they rushed into places where they were going to entertain.

The following morning we visited Fushimi Inari Shrine which is an important Shinto Shrine.

It is famous for its thousands of vermillion toril gates, which straddle the trails leading into the mountain trails of the sacred Mount Inari.

We are off today to Koyosan today which entails two different trains, one subway and a cable car which is always fun to navigate.

Thanks for reading ladies and have a great day!