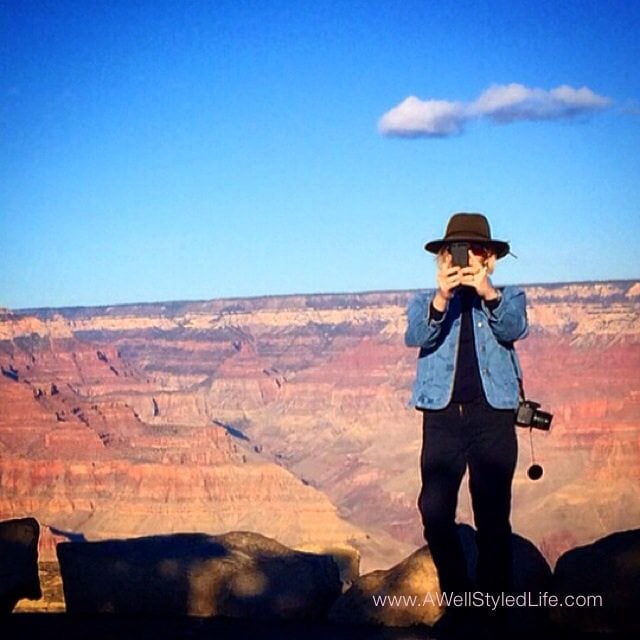 Rounding out week two of our Motorhome sojourn I’ve had plenty of time to reflect on what’s working and what’s not.

I’m doing all the driving, because I’d kill him if I wasn’t. His driving is so bad…I’d rather stay home. Have I mentioned his driving resembles that of an irate NYC cabbie?

I’m doing all the cooking. I froze soups and meals in advance to make things simpler…but I’m still preparing everything.

He’s doing the grilling.
He’s handling the mechanics of filling tanks and emptying the crap, (literally) which makes up for a lot!

As we’ve been traveling, we’ve been eyeing the competition on the road for possibilities if we decide to do this for a year or so. The huge Class A buses are impressive…the 5th wheels are very spacious but look like a manuvering nightmare, the monstrous trailers look awkward and the compact, cute little RV’s look claustrophobic.

After the Grand Canyon we headed for Zion National Park.

Mr AWSL was snapping pictures as I drove.

We did have a small collision with an oncoming vehicle’s side view mirror inside a terrifyingly long, narrow, low tunnel. It’s called the Carmel Tunnel and is apparently famous for a few fatalities so they turned it into a monitored, one way tunnel. Who knew? 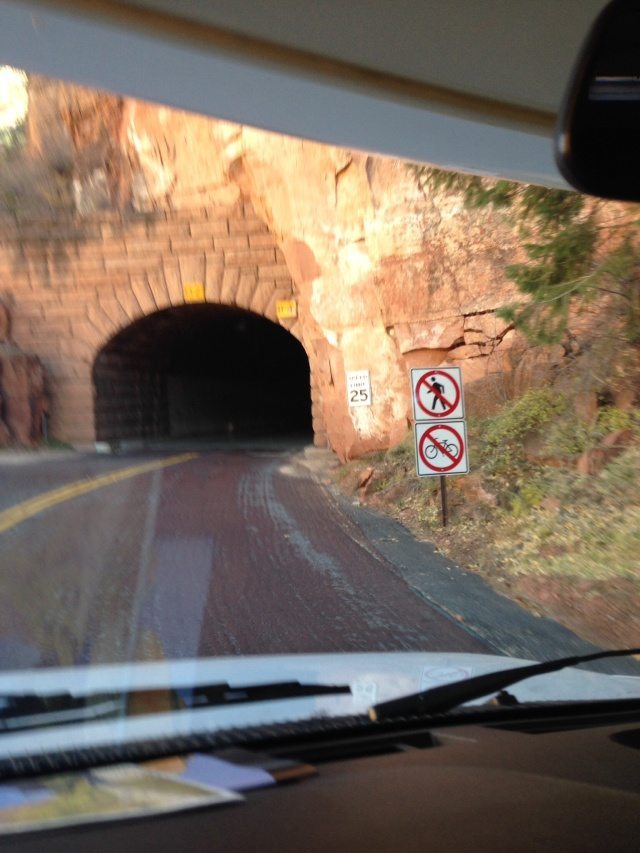 We arrived at the south entrance to Zion National Park, late. The park rangers had all left their post for the day. Our rig is 12 feet tall. Just as we raced into the darkness, I noticed a small sign announcing the tunnel was 11’4″ at the outside and 13″ dead center!
Guess where I aimed the RV? Yep, dead center.

This tunnel went through a mountain and was pitch black, no internal lights. It just kept going and going and going. We later learned it was 1.1 miles long. It felt like twenty. At every turn we held our breath anticipating the proverbial light at the end of the tunnel. No such luck!

We were scared [email protected]#less!

Adding to our fun, we spotted a set of headlights coming our way…right  in the center of the road of course. I didn’t freeze but I nearly had a coronary. Pulling over as far as I dared, I slowed way down. Not good enough. Our mirrors smashed…but we both kept going. It was too scary not to.

Ignorance is bliss, but it can also be deadly.

And BTW…why do the Rangers just abandon their post at night?

Obviously we survived and it was quite the bonding experience. While we were in the tunnel, we were both screaming…at each other and the tunnel. Once out, we were best buds and proud of ourselves! Dumb asses is what we really were.

I was feeling pretty strange about spending Thanksgiving on the road. It felt lonely. Even though people around us were clearly celebrating it in their RV’s. We talked about where to eat, what to do and in the end headed back to California  to spend it at my sons house. It was my daughter-in-laws first Thanksgiving extravaganza, and a smashing success.

We’re so glad we got to spend time with this little guy. He’s growing so fast. We’ve talked about how we would feel being on the road and not seeing him for long months at a time…and don’t particularly like the idea. Hmmm.

The following day we headed for the northern California coast and spent several days at Crampground Soggy Since the rain was so heavy and the wifi so lousy, we caught up on reading and relaxed. 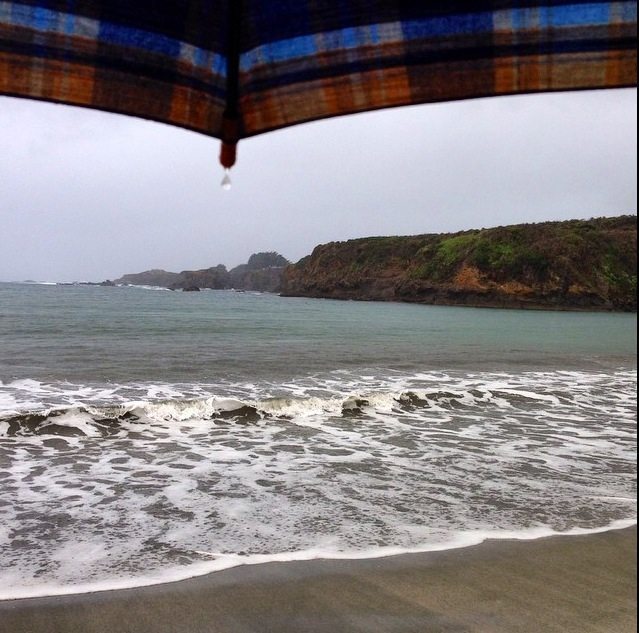 We’ve just got a few days left of our trip and plan to meander south towards home with no particular destinations in mind.
It’s been an amazing trip which we want to do again.