I’m inspired by creative women. If they’re beautiful, chic, and a positive energy in the world, I develop a major crush. 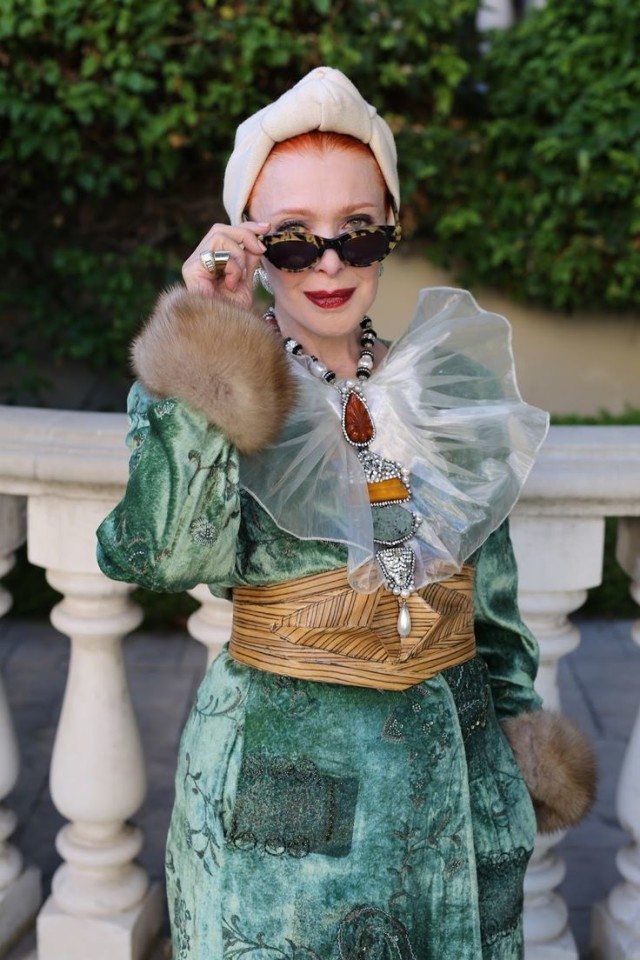 Many years ago, her beloved son, Andre, was diagnosed with an inoperable brain tumor and died. Within the following year, she also lost her mother and husband! Rather than be paralyzed by these devastating sorrows, she created a foundation called The Andre Sobel River of Life Foundation.

“The Andre Sobel River of Life Foundation, provides emergency assistance within 24 hours to single caregivers of children with catastrophic or life threatening illnesses who are in financial crises. Working in partnership with 12 pediatric hospitals nationally, we have helped over 7,000 family members in the past nine years. Without ASRL’s support, many children with life threatening illnesses would be facing pain, treatments, fear, and at times, even their death, without a parent by their side.”~from their website 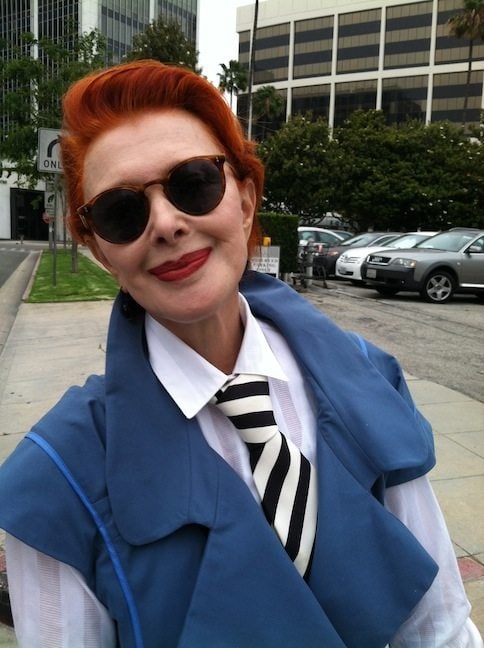 After 16 years working tirelessly at her foundation, she made a major lifestyle shift.

“At 73, art hit me like a piece of the Eiffel Tower. I was in a state of “philanthropic burn out” at the time, a phrase often used by unrelentingly working founders of a charitable organization.”~ Valerie Sobel

She took a sabbatical and traveled, which lightened her spirit and shifted her energy. One day, while on a long telephone conversation, she began putting pretty objects together on her desk. Assembling them. She quickly realized she was creating beautiful art.

“Within days I was consumed with gluing and patching and collecting and drilling. I was fortunate to have gained the attention of a famous artist who has never had a student before. I was honored and enriched with new technique.” ~Valerie Sobel

Here she is describing her technique and artistry, which now produces revenue for her foundation.

Her description of “dumpster diving” for objects, made me laugh. It seemed out-of-place for such an elegantly, beautiful woman. But it also made her seem more earthy. Her work, “The Curious Art of Valerie von Sobel” was recently on show at Voila! Gallery, in Los Angeles.

Valerie also assembles her fashion and style with exquisite combinations. She herself, is a work of art!

On a very shocking note, she had a horrific ordeal last week. She was the victim of VIRTUAL KIDNAPPING! It’s a terrifying crime and on the rise. Here’s a link to her Huffington Post article, describing her ordeal. I had no idea having your voice on your answering system could be dangerous!

This strong woman is an inspiration and reminder that we still have much to contribute. It’s never too late to start a new venture and grow!