One of the most universally flattering dress shapes, is the wrap dress. I love them.

It’s lines replicate the hourglass figure. If you’re lucky enough to have that silhouette, bravo. I’m not. My body shape is an inverted triangle, so this style helps define my non-existent waist, while the V-neck narrows the look of my wide shoulders. 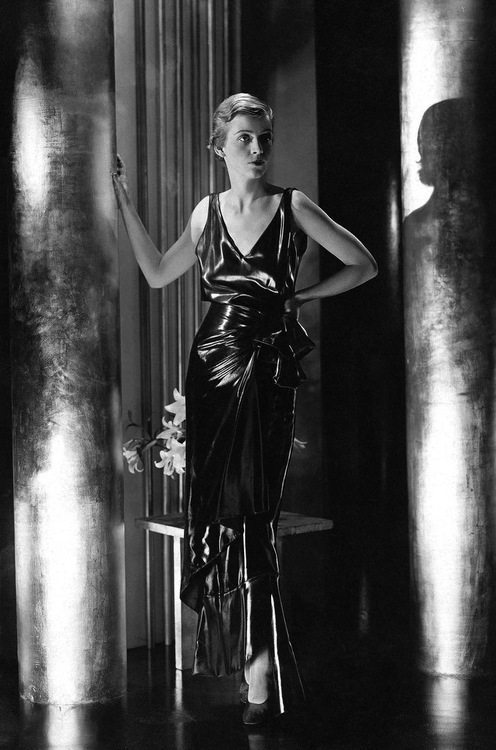 The first wrap dresses weren’t designed by Diane von Furstenberg. They were designed by Elsa Schiaparelli in the 1930’s.

Claire McCardell designed her own version of the wrap dress in the 1940’s.

In the 1974,  Diane Von Furstenburg created her version, using her signature silk jersey. Diana Vreeland, editor of Vogue magazine, was very supportive and encouraged Diane to produce her line. Diane’s book tells the story of her wrap dress and is a fascinating portrait of a determined woman, with a dream.

The key part of the wrap dress is the drape of the fabric. Having a stretchable, fluid  fabric enables his dress to mold to a woman’s shape and move with her. It just wouldn’t be the same in a stiff, woven fabric

I have a faux wrap dress, which appears wrapped, but slips on in one piece.
It looks like a wrap dress but doesn’t perform like one. I’ve been hunting for a classic version that won’t break the bank. It’s something I would keep and wear for many years.
Many women never wear dresses, do you?